Handwriting is an important part of literacy and an essential skill for children to master at the beginning of their schooling. There is a lot that goes into handwriting including the development of fine motor skills and memory of proper letter formation. Letter tracing worksheets can help children in the development of these skills. As children trace letters, they practice tracing curved and straight lines, circles, and other shapes while refining their pencil grip and coordination. The Letter Tracing Worksheets year-long bundle is a collection of letter tracing printables that will help children develop fine motor skills, proper letter formation, learn the letters of the alphabet, and learn abc order.

In general, when children are able to trace and copy straight lines, shapes, and patterns they are ready to learn how to form and write letters. Tracing letters can be a good way to learn to write the letters and memorize the alphabet at the same time.

The alphabet tracing printables included in the Letter Tracing worksheets bundle come in the following formats for both uppercase and lowercase letters:

These letter tracing worksheets help students work on skills such as:

The alphabet tracing worksheets come in 16 fun themes which can be used throughout the entire school year. The worksheets are ideal for morning work, literacy centers, small group work, or to send home for extra practice. Themes include:

Let’s take a closer look at the letter tracing worksheets.

Both uppercase and lowercase letter worksheets are included. All letter tracing printables include the alphabet sequence at the top of the worksheet to help students learn abc order.

Simple trace the uppercase and lowercase letters of the alphabet worksheets.

Here is a closeup of the letter tracing worksheet for the uppercase letters of the alphabet.

The Alphabet Maze tracing worksheets are a great way to work on handwriting letters while learning abc order. The alphabet sequence printed at the top of the worksheet will support students as they trace the alphabet letters in the correct order.

Download the PREVIEW to see the other letter tracing worksheet activities and themes included in the year-long bundle.

January Worksheets for Kindergarten: Boosting Learning in the Winter 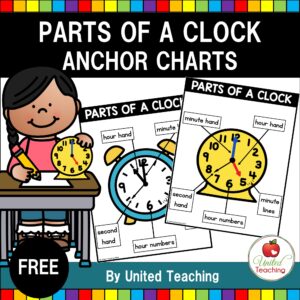 🐰Bring the Chinese New Year celebration to the

🐲 Get ready to ring in the Year of the Rabbit w

Introduce measurement with these fun cute polar an

🐲 Get your young students excited for the Chine

🐲 Get ready to celebrate the Lunar New Year wit

❄️ Brrrrr it's chilly outside! But things are

⛄ Get ready for some winter-themed fine motor fu

🎄 Need a fun way for your students to work on s