How to Teach the Alphabet with Alphabet Adventures 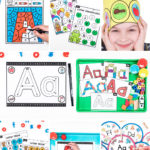 Beginning to learn the alphabet is like embarking on a great adventure. It is one of the first steps on the journey to learning to read and a foundational skill that will prepare your children for reading success. However, teaching the alphabet involves more than just teaching letter names. Children need to recognize both uppercase and lowercase letters of the alphabet, as well as the sounds that the letters make. Once children know letter sounds, they can begin combining the letters to make words and begin reading. Wondering how to teach the alphabet and help your child learn to read? The Alphabet Adventures Curriculum has been designed to teach the letters of alphabet and letter sounds with a variety of easy to prep activities.

What Alphabet Skills do Children Need to Learn?

How to teach the alphabet is one of the most common questions asked by parents and educators of young children. Children need to master a number of skills and outcomes when learning the alphabet. This includes:

Let’s have a look at a sample of the activities included in the Alphabet Adventures Curriculum.

The Match the Letter worksheets help children work on visual discrimination of letters and matching lowercase and uppercase letters of the alphabet.

In the Letter Maze worksheets children make their way through the letter maze by colouring the focus alphabet letter. Alphabet mazes are included for uppercase and lowercase letters of the alphabet.

Children love to complete the Picture Letter Mazes. These Letter Mazes help students with letter recognition and associating the letter with its sound. Each maze picture represents the sound of the letter.

Similarly, the Color by Letter picture worksheets provide children with an opportunity to color a picture using the uppercase and lowercase letter code. Each picture represents the sound for the alphabet letter.

Children need to be able to recognize the alphabet letters in a variety of font types. The Letter Identification worksheets are a fun way for children to identify different letter styles by coloring the focus letter.

Children need to know that each letter of the alphabet represents a sound or several sounds depending on the letter. The Alphabet Adventures curriculum includes are range of NO PREP and hands-on activities for children to learn the beginning letter sounds. Letter-sound correspondence takes time but with lots of practice children will develop phonemic awareness and be on their way to learning to read.

For a quick activity, children love the Beginning Sounds coloring worksheet. Children find and color the pictures with the matching beginning sound.

The Letter Sounds Sort cut and paste activity also focuses on identifying objects with the beginning sound. Students say the name of each object, sort, and cut and paste the pictures into the matching boxes.

For a more hands-on activity, children can use the alphabet letter clip cards. Children clip pegs to the objects with the matching beginning sound. This activity is also great for working on fine-motor skills.

Children love games. With the Letter Sound Match worksheets, children have the option of rolling a dice and finding the object with the matching beginning sound.

Help children associate the alphabet letter with its beginning sound with the Alphabet Letter Cut and Paste activity. This activity is great as an easy alphabet craft or for including in an interactive notebook. Print the letters on colored paper and create an alphabet sound wall.

The Letter Houses is another great activity for interactive notebooks. Under each letter flap is a picture with the matching beginning sound.

As children gain confidence in identifying letters and words, they can complete the alphabet letter word search. Each word has a picture beside it so children can read the word.

Letter formation is the ability to be able to form the alphabet letters correctly. Hands-on and tactile activities are a great way to encourage the development of fine motor skills and letter formation skills. Both of these skills are essential for children so they can learn to write.

This letter formation mat can be used by tracing the letters with a finger or using small objects such as mini erasers to build the letters of the alphabet.

Building letters using play dough is also a fun hands-on alphabet activity for developing fine motor skills and letter recognition. Both uppercase and lowercase letters are included on the mat.

Alternatively, children can use the small letter task cards to work on their fine motor skills and build the alphabet letters.

Store the letter task cards in a small plastic container.

Alphabet letter crafts are a great addition to any alphabet or Letter of the Week program. There’s several fun and easy-to-assemble abc letter crafts for every letter in the Alphabet Adventures Curriculum. These abc crafts use common materials such as scissors, glue, makers, and string or ribbon. For each letter of the alphabet children can create a crown, bracelet, or medal.

Knowing how to teach the alphabet is easy and fun with this collection of printables and activities. Lots more activities are included in the Alphabet Adventures Curriculum.

Try the Alphabet Adventures Curriculum with the FREE Letter A download. 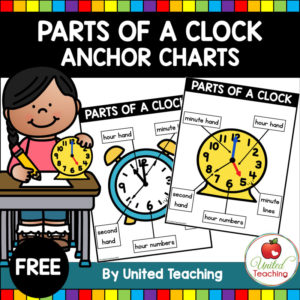 Good News! The Monthly No Prep and Digital Bundle

Back to School No Prep and Digital Activities for

The Kindergarten Monthly No Prep and Digital Activ

Learners love to see their own collection of sight

Ready or not, Back to School time is here! Prepa

It's Back to School time and to help you get ready

🚌 Back to School Freebie! How will your studen

Have you tried digital spinners in your learning c

This sorting activity will help your students prac

Embark on an Alphabet Adventure with your students

Working on beginning measurement skills is a breez